So I’m really into Wakfu now. For those who don’t know it, it’s a French animated series based on an MMORPG (or MMPORG, if you get the reference), and stars a young Eliatrope (being who can control portals) called Yugo. He’s awesome. He hadn’t been on the screen for more than a few seconds (well, after we saw him as a baby) and I’d already decided I had enough of an affinity with him to cosplay him in the future, because he’s that damn cool. He’s kind and optimistic and capable, and I’m actually a little blown away by how taken I am with him. Maybe I shouldn’t be surprised though, because I am still dedicated to the Mysterious Cities of Gold series, and Esteban was full of exuberance and adventure and good will, even if he did tend to get himself into danger a lot. Naruto is a similar character, albeit a lot more outspoken and defiant (and rude). And the original Avatar: The Last Airbender series followed Aang, who had nothing but compassion for the world, and struggled to see it brought to peace, and was dedicated to making his friends happy and safe. He’s my favourite part of that three-series journey, as he leads it perfectly.

He puts the AANG in Prot-Aang-onist. Wait, let me try again…

It just brings to mind the reactions people have had to Legacy; specifcally to Tierenan, the deuteragonist (of sorts) who travels with Faria and follows her adventure.

A Hero Who Didn’t Know He Was A Hero

Without exception, everyone who’s spoken and written to me about Legacy has told me how much they like Tierenan. He’s run away with my audience, heh. And he deserves it- he’s a very cool guy, and I don’t think any of the other characters would complain that he gets as much praise as he does. The weirdest thing to me is that he was the character I planned least. He just happened. I didn’t spend ages constructing a specific development arc for him within Legacy or honing his personality. He came as he was and fit in perfectly. I’m really grateful for that, because if I’d tried to write him, I probably would have ruined him.

And we all know how that turns out.

The people who know me have said that he’s me, but I always saw myself as Alaris; not a main character, for one, and also more of a support role and a play-as-much-by-the-rules-as-possible sort of person. The more I think about it, though, the more I realise there’s more in Tierenan than I first anticipated, whether it’s reflective of me or not.

When I first wrote Legacy I kind of brushed him off as someone to fill in the gaps between Faria, who carries the main narrative, and Aeryn and Kyru, whose story I had been invested in since the very early concepts (even before any of them were animals). To a degree, I figured that what he said either wouldn’t matter or would be there as a commentary to prevent the whole thing from being too serious. I always wanted him to be likeable though, and not as artificial as a lot of obnoxious Disney comedy placeholders are. But through spending time with him, I think specifically because he wasn’t constrained by preconceived plot ideas, he took a shape of his own that reacted to the environment and the other characters. It really was a more natural progression for him, and I wasn’t even aware of it.

One thing remained constant, though: his unfaltering hope. I’ve always wanted my stories to be full of hope, and he is the sole character that carries it from the moment we meet him. I think people fall into the trap of making stories dismal or harrowing or unpleasant, especially for young adults, and they focus so much on the loss of innocence and certain cruel realities of the world for no reason other than to be evocative. It’s probably what irritates me most about the direction the Harry Potter series went in, especially in the final book. War begets casualties, of course, but stories are such an investment for the reader. Killing off everyone you care about (and not even giving them a final justification or battle scene) doesn’t make you fulfilled as an audience member. Personally, I find it very unsatisfying. Especially for young adults who’re about to make their mark on the world, they shouldn’t be discouraged from trying, or from dreaming big or wanting to protect or include everyone. There’s already so much cynicism in the world, and I think the ones who will change it need to be given hope. Not promises, but hope.

“Hope can be a powerful force. Maybe there’s no actual magic in it, but when you know what you hope for most and hold it like a light within you, you can make things happen, almost like magic.”- Laini Taylor, Daughter of Smoke and Bone

I’m really glad that Tierenan is liked so much. It’s humbling to me. I want to keep his light going in the rest of the books, and it would be an honour if he was talked about in the same way that Aang and Yugo and Esteban and Natsu and Groot are some day. And not just by me :p 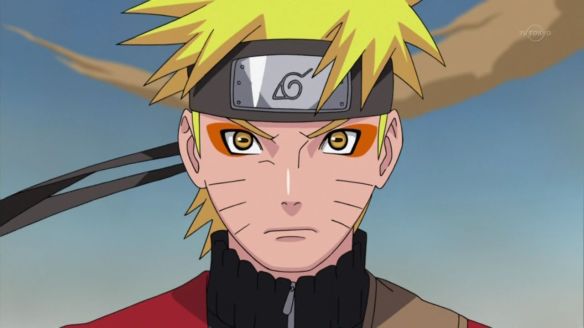 We’re on the fence about you, boy. Haven’t forgiven you for the weird plot developments.