Following on from my last, rather vocal post, here’s something much more satisfying to talk about: another review! This one is by David Popovich of Bookworm Reviews, and it’s a video!

I’ve never had a video review before so this was very exciting. And he was certainly fair, too. I’ve never considered Legacy to follow groundbreaking or vastly original ideas, but I’m really glad that he enjoyed it and considered the tropes used well (even if they are well-used). Best comment: “It’s like reading an anime.” That was the highlight for me, especially as I’ve been influenced a lot by anime for a good seventeen years or so now, that he thought it came across in my writing is a great compliment for me. That’s the style that I see playing through my head when I write. 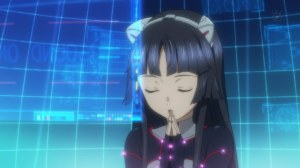 Not gonna lie, I was kind of like this thinking about it over the last few days

So that was all at once an awesome surprise, a great relief, and a big motivation. Fracture is going through some more ‘final first draft’ edits (that I’m actually a little overdue on, erk) and I managed to get a lot done after watching the review last night. I hope to finish it this morning, not least because I have a butt-ton of other stuff to accomplish this weekend. Most principally of which is…

COSPLAYING ALL THE THINGS

I haven’t mentioned my cosplay at all yet because I was waiting for some photos to be taken that weren’t of me looking confused or standing in THAT ONE POSITION I ALWAYS STAND IN FOR EVERY PHOTO so finally I have something to share. 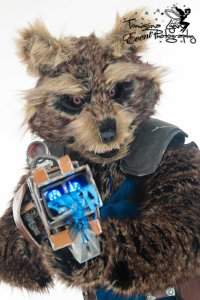 Ain’t no thing like me, ‘cept me… and a few others. 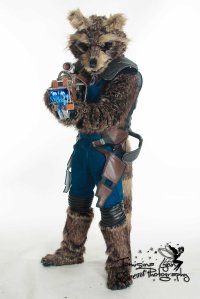 The above two photos are by Tomisina Lynn Portrait Photography, by the way.  This is my Rocket Raccoon, although I don’t expect anyone currently on the internet to not know what Guardians of the Galaxy is. I also have a comic book version that won me a first prize at Oak City Comic Con in Raleigh this year: 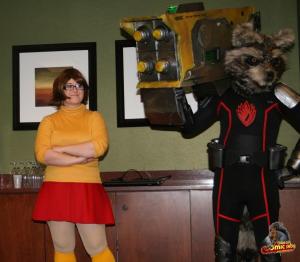 Scooby Doo took a turn for the awesome, finally

And there’s my Beowulf from Rooster Teeth’s RWBY series. 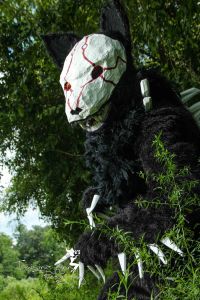 No, it’s not a bear, and I’m not doing that thing they supposedly do. 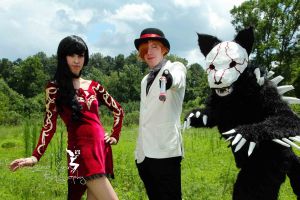 Photos are also by Tomisina Lynn

You can follow all of my cosplay ramblings and progress photos at BritFang Cosplay on Facebook. DragonCon is my next big upcoming event, sort of our yearly pilgrimage, and it’s going to be a big one with lots of amazing dehydration. Just as well it’s only minor repairs left, because I’ve had even MORE projects that I’ve been involved with, although very few are currently ready to advertise because they’re not finished yet. I do have these two, though:

I do voice acting projects now. Once I have time after DragonCon I will audition for more, but to be honest it’s been a very intense few months, so time management will be essential… especially when you have a habit of wanting to do everything at once.

Me vs. my head. I don’t know which is which.

So that’s an update from me! Stay tuned in another two months for more insecurities and self-assurances!